The Role of the Modern Accountant 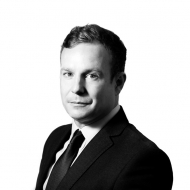 The Role of the Modern Accountant

Technology is revolutionising the role of the modern accountant. Richard Anning, head of Tech Faculty at the ICAEW and Andrew Hilliard, Director of AJ Chambers, discuss what skills accountants looking to work in the industry are now expected to have.

The impact technology will have on their profession is a common concern among accountants. Trainee accountants in particular are regularly asking the question: Will I have a job in 10 years’ time?

According to research undertaken by Wolters Kluwer in 2019, 86% of all accounting tasks can now be automated using technology that exists today, which continues to get more powerful as it utilises AI and cloud computing.

But this technology does not mean the accountant’s role will become redundant, but rather that it needs to adapt, and represents an opportunity for trainee accountants to get ahead of the game.

“Clearly the development of accounting software, through automation and cloud-based tech, has had a major impact on the day to day tasks an accountant is required to undertake, but this is very much a benefit to the industry,” says Andrew Hilliard, Director of accountancy recruitment firm AJ Chambers “Accountants therefore have more focus on the business growth and strategy for their clients or businesses.”

The industry is seeing this in the trend of accountant’s work shifting focus from compliance to advisory, with more chartered accountants becoming business partners to firms, as opposed to simply working in compliance. But what skills do accountants today need, and how can they use technology to add value to their work?

Richard Anning, head of Tech Faculty at the ICAEW says: “One of the important technologies that we’re looking at is data and analytics. It’s important that accountants and students coming into the profession are comfortable with data and how they can analyse it.

We’re not expecting them to be data scientists, but accountants should be able to talk about it and interpret it.”

Thanks to the increase in software that reduces the time spent on data entry and other menial tasks, accountants now have more time to spend analysing that data and reporting their findings back to clients.

But it is vital that they can go beyond reporting. The ability to report, interpret and then advise clients based on their interpretation is what will make accountants stand out from the crowd, and according to Anning, these skills are in high demand.

“It’s about being able to talk to the clients about what insights you’re getting from the data, as well as talking to the data scientist team and interpreting what the needs are,” he says.

“In a situation where you might be talking to a grizzled business manager who has been working for in a firm for years and no one can tell him anything – you need to be able to say ‘The data is saying you’re inefficient, or you’re doing things wrong – and actually if you look at improving this area, then you could improve your profitability’ and that’s quite a difficult thing to do as an accountant.”

Having a good understanding of technology will free an accountant’s time to focus on this advisory work. Intelligent use of technology leads to efficiency, and automation and AI are becoming key to this.

“Increasingly the soft skills are becoming important with the movement from compliance to advisory. Things like critical thinking, negotiation skills, problem solving and communication,” says Anning, who emphasises that new accountants should be tech-savvy to drive this efficiency and to give themselves more time to exercise their soft skills.

“Young people coming into the industry have to be tech-savvy, and comfortable with technology, such as cloud and mobile working. For example, it’s not that long ago that we were still having discussions about whether it’s acceptable to be having client meetings on Skype. And now it’s one of the most important technologies” in client interaction.

There is an expectation from firms that new recruits have a good level of proficiency with technology. “It does of course depend on the role and level, but most firms will have an expectation,” says Hilliard, who also acknowledges that its easier to adapt to modern technology than before.

“Probably a notable change in this area is that back in the days of IRIS and SAGE, the systems operated quite differently and so you could be an expert in one, but a novice in the other. This is nowhere near the case with the new generation of software as the processes are so streamlined and they are all reasonably similar, so you can adapt much more easily.”

Hilliard says that it’s important to be open to change, rather than shying away from it, and that adapting will help with an accountant’s career progression. “With every industry there has been an element of digital disruption, but in my view you have to just go with it, and be open to change, as the evolution will happen regardless,” he says.

“Also, the core skills of an accountant as a key advisor will always be required plus embracing the evolution will only help your career progression.”

Technology expectations work both ways, however. In their personal lives, trainee accountants – particularly younger ones – the use of technology is ubiquitous, and they expect the same from the firms they work for.

“A lot of accountants use technology in their everyday lives which is one of the issues which firms have,” Anning says. “They’ve got young kids coming in with technology expectations where they expect to speak to their managers online or expect to be able to access the firm’s applications remotely on their phone, iPad and laptop.”

For firms looking to attract the top new talent, they should rightly expect new joiners to be highly proficient in the use of technology, but they should also be able to offer state-of-the-art technology to meet the expectation of their future employees, and create efficiency for them to add value and use their soft skills in a more advisory role.

Hilliard says that a key technology trainee accountants should be focusing on is cloud-based systems, which open the door to improving a number of services.

“Alongside professional studies, the key skills focus should be to become an expert in cloud-based systems,” he says. “With cloud-based systems, accountants can save their clients time and money by streamlining processes and freeing up time to use for other more involved and value-adding tasks.

He also says that while there is a focus on training in technology, it is still important for trainee accountants to work on their own professional development. He says: “More generally, your own professional development is of course important to focus on and will make you stand out.” While technology is an enabler, the human element of accounting work is still vital.

Despite technology becoming more widely used, concerns about its use remain. Some fear for their jobs, and others suggest that the more reliant on technology accountants become, the less skilled they are.

“The main concern is that the better the technology the less technically skilled the accountant, similar to the view that we are all worse spelling and grammar because of spell-check,” Hilliard says.

“I think this a bit of a misconception of the role technology has within the industry. It is a support, to enable accountants to focus on adding value and business growth.”

But how can those who are still afraid of what the future holds do to adapt? Anning acknowledges that there’s always fear surrounding a culture change, but it affects everybody in time, and partnering with others is a good way forward.

“Hopefully with chartered accountants, they take a more strategic role – they either get comfortable with the technology or find someone that can help them out,” he says.

“Part of what we do means if you’re not an expert in that field, then you make sure that you find someone who is so they can help you.”